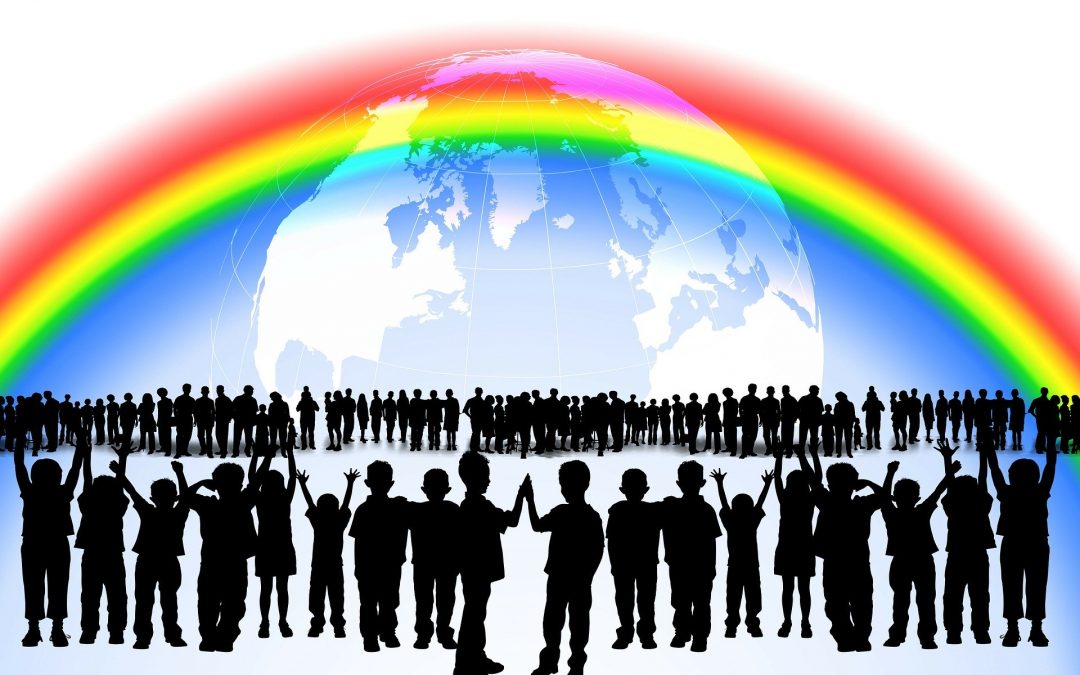 I can see the outpouring of emotions about the death of the African-American George Floyd. I have felt angry about assumptions and stereotypes and the ongoing issue of racial prejudice throughout the world for most of my life. I was born in the mid-1960s, prejudice was normalised in societies across the world and definitely in mine. This is the climate in which I grew up. Later in life, after having my children, I went back to school and then studied politics and Sociology at university because I wanted to matter, I wanted everyone to matter. Your sex, your race, the colour of skin, your mental and physical ability, and your religion should not define your present or future life. You should not have assumptions made about you that appear fixed based on stereotypes decided before you were born.

Growing up in a toxic household I knew that I was unworthy and that local people saw me as a ‘problem child’ from a ‘problem family’. I knew then that to survive in the world, I needed to work hard at school. I had no ‘best’ friends and no parent in our neighbourhood wanted their child to befriend me. I also realised that to take a ‘friend’ home was dangerous for them, so I didn’t.

I passed my 11+ exam at ten years of age but I was bullied at the Grammar School during my first year. I had one set of uniform and PE kit and my parents made me understand how much they had sacrificed to buy that for me. Any pride that they had in the ‘clever’ daughter soon subsided when I was not home early enough to look after my siblings or cook the meal and my homework; the one thing that I needed to do, went undone.

I began to fail at school. I knew that I did not ‘fit’ in that school environment. I saw evidence of this every day. The teacher of maths threw board rubbers at me covered in chalk and name-called me when I was tired or could not complete the work set. She used me as an example when she wanted to point out how a problem is solved. The art teacher told me that my art was ‘childish’ and that I needed to learn from her class and not ‘be creative’. She eventually took my art and demonstrated how it was wrong. I remember losing my temper and screaming at the unfairness of being ridiculed and I was removed from the class. It was noted that I was the problem child.

My White Privilege and ‘Difference’

In my second year and at the age of 12 years, Elizabeth joined our class. I had never met a person with black skin before. I had heard my dad talk of the people who had moved into the road at the bottom who were… well, I will not repeat his words: My dad and the neighbours had tried to educate us children into the belief that the people who had a colour to their skin were different from us and could not be trusted. I remember thinking, “well white people are untrustworthy too”.

Elizabeth had moved to Cheshire from the London area. She told me that she was not comfortable at the school as people stared at her and she did not like it. I explained that she was ‘different’ and that I had worked out that ‘different’ was scary. I told her how I did not have many friends and I knew that it was because I was ‘different’. I was trying to like being ‘different’. I sat with Elizabeth at school because I liked Elizabeth. She had lived a different life. She had seen things that I did not understand, but I wanted to. Maybe, I wanted to be different from my dad.

What I do know is that when I found Elizabeth one day, in the cloakroom, crying; I should point out this was my go-to place when the crap got me down; I felt helpless. She told me that she had to leave school. She was not wanted. She was holding her PE bag tightly. I asked her to tell me what was wrong and she gave me the bag. The word on the bag, written in some kind of red ink was a word that I did not understand.  Maybe, this was my white privilege. I had never been labeled in this way. I knew labels, but not this one and I could see how it had hurt her.

Invisibility as a Tactic

I remember hugging Elizabeth, wanting to share her pain. I felt angry and wanted to punish those who had done this. Elizabeth described how she had been pushed about in the toilets and her hair had been grabbed. I knew that this went on because it had happened to me. I thought of taking her to the school office but what would be the point? I asked her what she was going to do about the situation. I remember her wiping her eyes and throwing the bag to the ground, “leave this school” was her reply.

The next day, Elizabeth did not attend school. The sniggers were heard and snide comments made. I decided that I would do something about it and I got into a fight. My uniform got ripped. I was sent to see the new Headmaster in his office. I was angry. I asked the Headmaster why I was there and tried to tell him what had been happening. He silenced me and told me that there would be serious consequences if I caused any more trouble. There was no mention or even acknowledgment of Elizabeth’s situation. The focus was on me as the problem.

My point of sharing this story with you is that I learned from a young age that there is a section of society of White Men who perpetuate through generations, hate for any person who is not identified as one of them. It is the politics of difference that is the biggest problem of all the ages. I do not deny that there are levels of hate and the more different that you are then the more that you are hated. After all, I was and am a white female. I was poor and was thus deemed less of a person due to my poverty and gender. It was easy to abuse me, control me, and programme me to be vulnerable and therefore easily taken advantage of.

It is also easy to programme people to be vulnerable and angry and keep holding them down to take more abuse. Abuse comes in many shapes and sizes and sadly colour. Abuse is power and control, in the what-ever form it is dished out. I have spent my life trying to understand how it works and how it can be challenged and stopped.

The thing is, that the power is driven by other people’s fear to take action or a lack of knowledge and/or understanding. The only way to call it out is for the rest of us to put our ‘difference’ aside and come together and take action. If we look at each other from a ‘difference’ perspective then ‘they’ win. We need to learn about our similarities and what we can do together. Understanding that we are all under threat from the decisions of the powerful ‘white men’. We need to reject any system of classification and generalisation and challenge any beliefs that form stereotypes. Many of us have been conditioned to categorise our world to keep it simple.

Get Comfortable with Ambiguity

Also, as a civilisation, I would argue, that we need to get comfortable with ambiguity. We all are different in so many ways and the only way to understand someone is to get to know them. It is our ability as humans to communicate, that is our greatest strength. We can use our senses, however many we are able to use to see the world through another person’s eyes or hear their stories, taste the food of their culture; sing the songs of history. This is the learning that led me to the coaching world and forming KJ Ratcliffe Consultancy. I accept that I will always be learning and it is my curiosity that is my strength.

This website uses cookies to improve your experience while you navigate through the website. Out of these cookies, the cookies that are categorized as necessary are stored on your browser as they are essential for the working of basic functionalities of the website. We also use third-party cookies that help us analyze and understand how you use this website. These cookies will be stored in your browser only with your consent. You also have the option to opt-out of these cookies. But opting out of some of these cookies may have an effect on your browsing experience.
Necessary Always Enabled
Necessary cookies are absolutely essential for the website to function properly. This category only includes cookies that ensures basic functionalities and security features of the website. These cookies do not store any personal information.
Non-necessary
Any cookies that may not be particularly necessary for the website to function and is used specifically to collect user personal data via analytics, ads, other embedded contents are termed as non-necessary cookies. It is mandatory to procure user consent prior to running these cookies on your website.
SAVE & ACCEPT